An attempt to aptly and comprehensively describe Jyoti in a few words would certainly be hopeless. But perhaps some insight into his story can help bring Jyoti closer as a human being. His story shows that difficulties and inconsistencies are not a real obstacle on the way to awakening.

Chit Jyoti (Harbert van der Wal) was born in 1957 in the Netherlands as the third of four siblings. If you experience Jyoti so incredibly committed, open and joyful today, you might think that he has always been like that and that he grew up completely carefree. Jyoti himself, however, had a different experience of his childhood and youth at that time: up to young adulthood, his life was marked by feelings of profound worthlessness, shame, isolation and loneliness, which he tried to hide from others and from himself. His strong ability to learn and his success in school at that time acted as a lifeline because they both showed that there was not just disability, unhappiness and failure.

After completing school, Jyoti studied political economy and philosophy, then psychology, until he was thirty years old. He financed his studies by working in the evening. Outside of work and study, his life was filled with suffering and chaos: he lived in social isolation, became addicted to gambling, lost his home three times and was literally kicked out because he could not handle money and did not pay his bills. He felt deeply unhappy and lonely.

Yet, against his own beliefs and expectations, over the years he gradually became a “normal” person, someone who was able to build friendships and relationships. But even as he felt better, he felt that it was not “real” – that he had just learned to play along and that something was fundamentally wrong. Even when this feeling was no longer his all-important topic, a subliminal unrest remained.

In stark contrast to his inner insecurity stood his rebellious spirit, his aversion to tight conventions, his pattern of breaking radically with anything that did not feel right, and his distinct ability to start over and over again – in the social environment as well as in a variety of different professional roles.

The relationship with his wife Satya has survived the time of change and break well – as I write this, the two of them have been married happily for 29 years.

When a friend told Jyoti about big problems in his business, Jyoti offered his help. Later, others followed suit, and Jyoti became a business consultant. In this activity he became increasingly interested in “the effortlessness of learning and performing”. As a sports coach he later tried to fathom the “laws of learning”. This led to a change in his role, from training to coaching. As a coach, he eventually developed a training and coaching method based on his experiences and insights, which he baptized “effortlessly learning and performing”. He was able to apply and further refine this in his later professional roles as a national coach, mentor and trainer.

Feedback like ‘You bring people into flow’ and ‘You have a Buddhist approach’ aroused Jyoti’s interest in spirituality. He found a spiritual teacher (Pyar), and it soon became clear that it was time to face the lingering, undefinable inner restlessness. This is where, for the first time, his professional and personal quest came together: he discovered that the “laws of learning and performing” he had come to know, touched on ancient spiritual truths, but these were more profound and went much deeper. He could no longer leave himself out of the equation and would have to gain a deeper insight into himself and his blind spots and would have to go into the source of his restlessness.

In the middle of this search and at the height of a deep conflict with a colleague, he came across Byron Katie’s book “Loving What Is”. Reading this book was like a strong internal explosion: it triggered a chain reaction that collapsed the entire house of cards of his concepts and beliefs. This felt like a great inner release. The conflict which had dominated his life the day before dissolved into nothing. And the chain reaction continued: over the next two years he lost, as he himself describes it, the ‘ability to suffer’ through this process. It was then that his life became as effortless and easy as it is now. There were no more future expectations, there was no clinging to the past any longer, no more thoughts of ‘should’ or ‘must’. With his awakening in 2012, Jyoti’s search came to an end.

He now works as a spiritual teacher in his practice and meditation room in the center of Amsterdam and in his own center (“In the Heart of Silence”) in Binarville, France.

Through presence, integrity, clarity, warmth, fresh and humorous spontaneity and playful ease, Jyoti is a light for those who come to see him. He meets them in loving acceptance and asks pinpoint questions that serve to recognize and experience one’s own true nature.

To express my consistently positive experience with Jyoti in one sentence: I come to rest in myself and get in ever more lively contact with my very own depth and joy.“
(Nataraj – 2018) 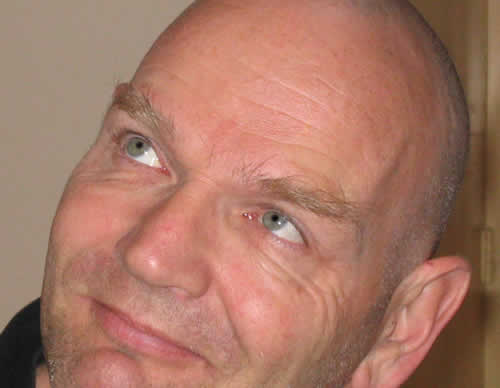